To no one's surprise, not one of the five councilors who voted in favor of
Councilor Andersen's motion to direct staff to return with a proposal lifting the camping ban in some areas ended up voting in favor of it.
Salem Breakfast on Bikes described the staff proposal this way:  "on the surface it does not look like a fully baked proposal. Instead it looks like spitballing another 'idea for consideration.'"

"Spitballing" if you don't know (we didn't) has come to mean "throwing out ideas for discussion, brainstorming, expressing solutions to a problem in order to see how they are received."  But to some of us, "spitballing" is still a small, nasty way of dissing someone. 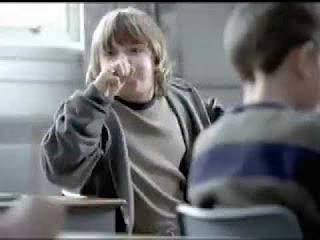 From the staff report: "It is extremely difficult to predict the specific effects or consequences of the proposal...increase to the number of campsites...Some [but not all] individuals currently staying on the sidewalks within the downtown area may relocate...Nothing in the proposal would prevent individuals from continuing to reside on downtown sidewalks. Without additional authority to regulate the current behavior in the downtown, it is unlikely the behaviors will be reduced [you must enact sit-lie]...substantial impacts on neighboring properties...potential cost to the City for the associated clean-ups and responses to any camp that is deemed a nuisance...The proposal would create enforcement challenges for staff in determining what properties and areas are subject to camping restrictions. Additional costs and delayed enforcement will result from not having distinct and easily identifiable boundaries. This challenge will also apply to people who wish to camp and will not know the areas the camping restrictions apply."  The map illustrates the problem. 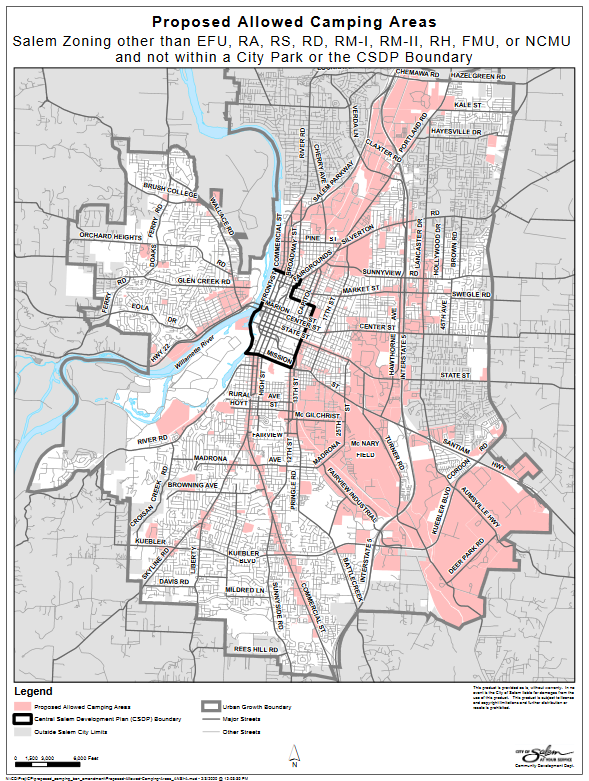 At 8:45, after spending well over an hour on Multi-family housing design (emphasis on balconies and parking) Councilor Andersen moved to lift the ban outside of downtown, residential areas and parks.  Second by Councilor Ausec.  Councilors Hoy and Nanke spoke against the motion.  The Mayor called on Chief Moore for a report and recommendation, which was to enact sit-lie.  Councilor Lewis spoke against the motion, saying with reference to the map that it "it defies common sense", spoke to the need for a low-barrier shelter, and called on the Council to enact sit-lie.  Mayor Bennett turned Lewis's comments into a substitute motion.  Hoy asked the City Manager for a report on negotiations with the state (ongoing).  Mayor Bennett said that the problem was not having a sit-lie ordinance.  Andersen asked whether the City had identified a location for a shelter and navigation center (yes).  Andersen asked about the potential for legal challenges to a sit-lie ordinance, and was reassured by City Attorney Dan Atchison that there was not a problem with the constitutionality of the twice-rejected sit-lie ordinance. Councilor Nordyke called on Mid-Willamette Community Action Agency's Executive Director Jimmy Jones to speak to the effects of lifting the camping ban (it probably won't empty the sidewalks outside Rite Aid).  Councilor Lewis spoke against the main motion and in favor of his substitute motion.  Andersen and Bennett engaged in a back and forth about what to do, Bennett insisting that shelter beds are available.  City Manager Powers intervened and called on Salem Housing Authority Administrator Nicole Utz to speak to the number of available shelter beds (system is basically at capacity).  Andersen again called on Jones to speak to the question of shelter bed availability, following which, Bennett asked Andersen "At what point do you look at your downtown streets and say when is the time to clean this mess up?"  He then moved a substitute motion to bring sit-lie back at the next Council meeting, and initiated a heated exchanged with Andersen.  Councilor Kaser said she would not support either motion, saying she felt that everyone was being very "reactionary."  She said she didn't know what the way forward was, but she urged the Council not "do anything tonight."  Councilor Leung expressed exasperation with the situation in specific detail, adding that "saying we do have enough shelter is a big lie."  Hoy commented on the lack of "an overall strategy."  Nanke indicated he favored sit-lie.  Nordyke spoke against sit-lie, saying it would bring litigation costs and "wouldn't work", saying "Did a camping ban work?  No."  She urged looking to the long term and for Council not try to kill each other in the mean time.  Bennett said he didn't hear any other solution than sit-lie.  Andersen agreed the issue was to find a short term solution, and clarified that the Mayor's substitute motion was to bring back sit-lie.  (Sit-lie was last rejected 25 November 2020 and Council rules provide a 6-month wait before bringing a matter back -- unless five councilors agree to do so.)  The Mayor's substitute motion passed with Ausec, Nordyke, Leung and Kaser voting against.