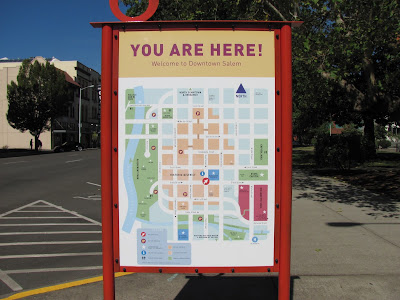 
Why the Focus on Homelessness?

Many of the posts in the Archive concern poverty and homelessness.  Perhaps more often than Salem's other neighborhood associations, CANDO hears reports/complaints/concerns relating to the conduct of its unsheltered, homeless members, most of whom are living on the street.

Most of Salem's homeless are long-time residents, likely single, "white" adults with no more than a high school diploma or GED, who've been living on the street for one to three years.  Many are in their 40s, and roughly two-thirds are male.  Most could be diagnosed with substance abuse disorder, serious mental illness, developmental disability, PTSD, cognitive impairments resulting from brain injury, and/or chronic physical illness or disability.  Roughly one third have some form of income, mostly from government assistance (including SNAP), Social Security (including SSI), recycling beverage containers, and panhandling.  For more about what it means to be living on the street, see here, here, here, and here.

More than 35% of the homeless individuals in Marion and Polk Counties are chronically homeless, which is more than twice the national average, and most of them live in Salem.  Salem has long needed an effective homeless services delivery system, one that will ensure homelessness is brief, one time, and rare.  So far, however, the City's efforts have fallen far short of where they needed to be, as the numbers tell us.  It is a situation of the utmost concern to Salem residents, and CANDO in particular.